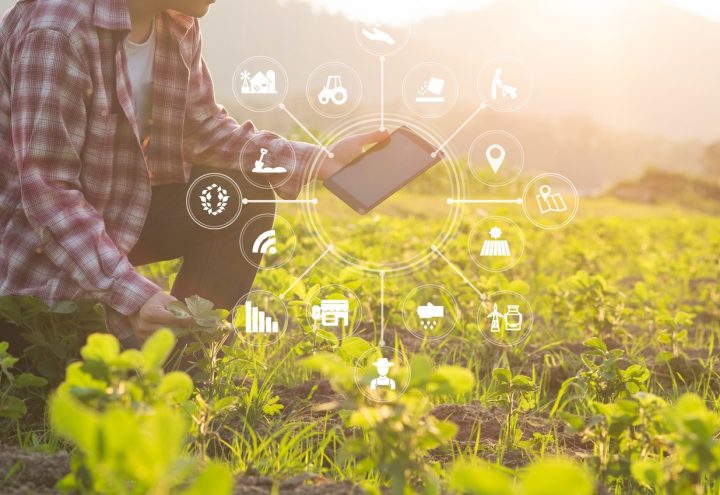 Individuals and organizations are using our current health crisis to manipulate public opinion regarding how food is grown and raised. Perhaps it would be helpful to reflect on how agriculture deals with consumers’ interpretation of food production and why this pandemic is an opportunity for outreach.

The first significant effort of orchestrating the voice of farmers and ranchers in defense of agricultural technology did not target consumers but primarily focused on state and federal regulators. A decade later, all of agriculture was quick to monitor but horrifically slow to defend or even engage the online audiences who were guiding the narrative about food production. Negative dialogue on social channels has stymied, if not completely halted, promising innovations with the potential to positively impact our environment and human health. Agriculture initially took a defensive approach to those that appeared to be alarmists, utilizing science as a blunt instrument instead of a tool for inspiring genuine conversation from differing perspectives.

Most initiatives in the final decade of the millennium were specific to pesticides. Farm organizations recognized the value these products brought to crop production and, based on rigorous research and safety evaluations, were generally reliable partners in helping industry organizations obtain, or in some cases, maintain registrations. During the Clinton Administration, the EPA placed entire classes of pesticides under EPA re-registration and special-review protocols. It was a painful and incredibly expensive process for corporate registrants but ultimately benefited nature and lessoned human exposure. Farmer and rancher engagement intensified during that timeframe. The alfalfa seed industry, Oregon tree-fruit growers, Kentucky tobacco farmers, corn and soybean producers, et al. brought their voice to the regulatory process.

In the mid-to-late 90s, rBST arrived on the scene for the dairy industry, with GMO soy, cotton, and corn close behind. Producers were quick to adopt these technologies, but both were soon the targets of activism in the U.S., and those same voices effectively obstructed the regulatory process throughout the world, especially Europe.

In the first decade of our current century, the agricultural industry came together to try and deliver scientific information regarding consumer safety and the environmental benefit of these new products. Initially, the consumer was unengaged and largely uninquisitive. When they did begin to listen, it was the alarming message, the alleged safety concerns that penetrated through all other available information. The internet became a perpetual bully-pulpit for those who felt the risk far outweighed the benefits of “tinkering” with food. The targets included not only genetically modified food but antibiotics in meat and poultry, as well as animal welfare.

These past ten years have seen hyper-engagement from farmers, ranchers, and their respective farm organizations in response to grocery shoppers’ questions and concerns. This gave rise to numerous new organizations, and most existing ones transformed to address every aspect of food production with the general goal of putting the farmer out-front, dealing directly with food audiences. Farmers have engaged the public on many topics, including GMOs, pesticides, animal antibiotics and welfare, soil health and water quality, sustainability, climate change, meat consumption, organic vs. non-organic, and on and on. Nearly every type of communication method has been utilized to reach those that are most interested in learning how foods are grown and raised.

What has been the outcome of thousands of agriculturists involving themselves directly with consumers to discuss food production? The truth is, there are no clear winners, and we have virtually no year over year means of measuring results of farmers connecting directly with those that consume their products. Some may claim that we do, but generally speaking, it is limited.  Those working to negate progress in food production have had their victories. Influential social media stalwarts have hindered advancements in the crop and animal categories. On occasion, even the food industry pushed back insistently enough to cause product derailment, with GMO potatoes and wheat, being the first to fall into that category.

Evaluating movement on something nearly immeasurable is a challenge, but we can state some apparent outcomes of the focus farmers have placed on the food purchasers. First, recognize that farmers made a monumental difference in helping to maintain a culture around food production that has allowed for and driven technological advances. Also, farmers themselves have benefited from building relationships with consumers and influencers. A keener understanding of what drives food purchase decisions and the direct reminder that the consumer is king has been a beneficial outcome.

Those producing our food still see challenges ahead. As one example, food packaging labels are confusing and perhaps intentionally misleading when providing production and ingredient information. Additionally, claims related to climate change and carbon emissions are a relatively new challenge and an opportunity for farmers and ranchers. Of course, plant-based protein and cellular meat will also provide ample opportunity for food producers to engage consumers.

The current challenges agriculture is facing provide yet another opportunity to engage consumers directly. Allowing those that can shout the loudest to win the day cannot be how we move forward from here.  There are always new communication pathways that help consumers understand the role agriculture plays is continuously providing safe, sustainable, and nutritious food.

Now anyone can invest in the future of Agriculture – exclusively through Fundify. →