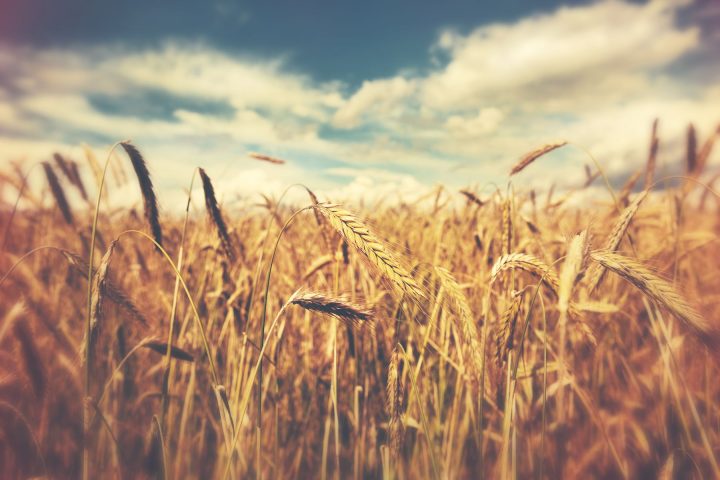 We all have our heroes in life. We generally define that term in categories—courage, perhaps from a family member or friend that fought a fatal disease, one’s nobility is a trait I relate with an individual’s character and finally, an outstanding achievement. For the sake of this conversation, let’s focus on the latter.

President Lincoln, Rosa Parks, Henry Ford, and Norman Borlaug. I associate these individuals with achievements that changed the world. At least three of these distinguished people are recognized by all who hear or read their names. But be honest, can you remember what it was about Borlaug that made him memorable to our world’s history? Something about “the father of the green revolution,” perhaps.

Throughout my career, I have worked with scientists across agriculture who revere Borlaug for his achievements in plant-breeding, and several that knew him personally. Iowa, his boyhood home, notably displays his statue under their symbol in the National Statuary Hall at the U.S. Capitol in Washington, D.C., and Des Moines is the home of the World Food Prize, an institution created by Borlaug himself. Not more than a couple of weeks ago, I noticed a promotion from PBS for an upcoming documentary on Borlaug titled ‘The Man that Tried to Feed the World.’ Realizing there had been other overviews of his life, it was still exciting in these isolated times of “what haven’t I already seen” to tune in and watch a piece of authentic Americana.

Throughout the film, Borlaug’s life is celebrated for at least two of his most significant scientific achievements. First, in 1948, after several years of work in Mexico as a Ph.D. Plant Pathologist, he developed a wheat variety resistant to stem rust, a disease that had previously devastated the crop all over the globe. And perhaps even more notably, Borlaug worked to strengthen the stalk and increase the amount of grain on a wheat plant, thus shortening the stem by breeding with “dwarf cultivars” from Japan. Work he completed in 1962. Together, these two achievements elevated him to a nearly deified status and significantly aided countries that were plagued by hunger as the global human population was surging.

Surprisingly, PBS presented a very different core message during the biographical presentation. It was clear that finding fault with how food production has impacted the environment since farm mechanization occurred in the first half of the twentieth century was an underlying initiative. But even more astonishing was the direct association they drew between Borlaug’s plant pathological discoveries and climate change, soil erosion and the general claim that agriculture production is anything but sustainable.

The advances in plant-breeding, farm animal efficiency, and crop cultivation practices we have developed and utilized these past 70-plus years should be celebrated for one overwhelming reason. Our methods of food production have effectively kept a global population fed as it has risen from 2.5 billion in 1950 to 7.7 billion today, with a projection of nearly 10 billion by 2050. As science and engineering have continued to bring forward modifications, farmers and ranchers have adopted new and improved production practices.

Admittedly, feeding the planet has impacted our environment. The water, soil, and atmosphere have felt the impact of the extraordinary population growth. Encouragingly, farmers who have been on the land for as little as ten years have helped drive a nearly constant and positive evolution in livestock and grain production practices, a mirror-image of what their fathers and grandfathers accomplished on the same land. In fact, farmers have been waging war to preserve and protect the land since the dust-bowl and drought of the ’30s and ’40s. When farming practices hindered that objective, changes were implemented to reduce and even eliminate environmental impact. That process continues today as the agricultural community measures value versus impact, proceeding with care.

Farmers and ranchers have long used science and technology to feed the world. Norman Borlaug, a 1970 Nobel Peace Price recipient, advanced the clock significantly in that regard. Without his advances in wheat genetics, millions of people would likely have died of starvation. It is absurd to attempt to diminish Borlaug’s accomplishments and the thousands of scientists that followed him, by casting the shadow of environmentalism over their discoveries.